Pastors who have served at Olivet

The Olivet Church had her beginnings in 1872, as a mission organized by members of First Presbyterian Church of Staunton. Those engaged in mission work were Mr. and Mrs. Talbot, B. Coleman, Mary Lushbaugh, and Mrs. Sarah A. Kayser, who was a guiding and sustaining force in the mission.

Though no exact date is known of the beginning of religious work at Olivet, some records show that a ladies Sewing Society was organized in the First Presbyterian Church of Staunton in the spring of 1872. In later years that organization became known as the Ladies Aide Society. 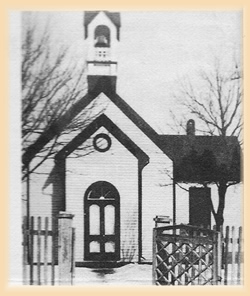 The Sunday School was first held in the Boliver Schoolhouse in April 1875 and continued there until it was moved to the newly-constructed chapel on June 5, 1881. It was known as the Olivet Chapel and Sunday School, a name suggested by Mrs. Sarah A. Kayser. The land to the chapel was deeded by Mr. John W. Doom and Mr. David Doom. The first organ and a bell for the chapel were donated by Mr. and Mrs. Kayser. This same bell was placed in the steeple of the sanctuary built in 1915 and is still being used in our present sanctuary. The Olivet Chapel had religious services more or less regularly, conducted by Rev. J. E. Booker and Rev. William E. Baker, while as a mission of the First Presbyterian Church until 1897, at which time the chapel organized into Olivet Presbyterian Church with thirty-four charter members. Rev. R. C. Gilmore was the first pastor, and preached his first sermon in February 1898.

Rev. Kenneth McCaskill served as pastor of Olivet from 1910 until 1913. He started the McCaskill Chapel during the year of 1912. Mr. Arthur Desper gave the land on which the chapel was built. In 1915, the stone church was completed and dedicated, over which Rev. R. L. Walton presided. The granite cornerstone was given by Mr. A. M. Kerr. That same cornerstone has been placed in the present building. 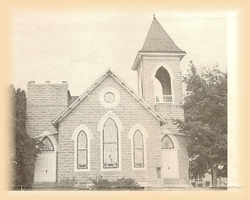 No history of the church would be complete without recognition of expressions of gratitude to the building committees who guided the church in her building programs since her organization. In 1930, the original sanctuary was replaced.

As the congregation and Sunday School continued to increase, in 1940 it was deemed necessary to begin plans for the erection of an educational building. Under the leadership of the Rev. Freeman B. Parker, the present educational building was completed and dedicated in 1951 with the anticipation of building a new and larger sanctuary in the future.

Rev. L. Eugene Jordan came as our new minister in December, 1959. Under his leadership, the new sanctuary was built and dedicated in the fall of 1968. He retired in 1984, after serving our church for over 25 years.

Rev. Richard L. Pollock came as our new minister in 1968 and served the church until June 1990, when he retired to go into education.

Rev. Joseph Brandon came to our congregation in August 1991, and served as our pastor until December of 2011.

Harry Johns served as our Interim Pastor, from May of 2011 through October of 2012.

Lee Thomas joined us as our new permanant pastor on November 4, 2012.